Apparently a staff sergeant didn’t get the memo about Christian “Rock.” The only time it should be used by the military is to flush the enemy out of hiding [via AssPress]:

A staff sergeant erred when he banished dozens of soldiers to their barracks and ordered them to clean up after they refused to attend a Christian concert on a Virginia Army base last year, an investigation concluded.﻿

Two soldiers who were punished told the AP they felt pressured to attend a performance by the Christian rock group BarlowGirl, as part of what was billed as the “Commanding General’s Spiritual Fitness Concerts.”

The soldiers said the staff sergeant told 200 men in their barracks they could either attend or remain confined there. They were told to not use their cell phones or personal computers and to clean up their living area.

The company commander apologized the next day. However, the investigation found the sergeant acted without any “malicious intent.”

Oh no, he just wanted them to drive them insane with crap music and violate their religious freedoms.

Filed under Church of the Poisoned Mind, Military, Misguided Self-justification

Listen Johnny Wet Start, the tip of my dick has more military experience than you. Now if you don’t want my foot up your ass, shut your pie hole.

I know people attribute McCain’s … quirks to a) Age; b) His experiences as a POW; c) Evil Motherfuckeritis, or some combination of the three.

I think this is all the proof we need that he gets off on being publicly humiliated. He’s trying to use the DADT debate to recreate the rush of the 2008 election.

And he’s got a serious case of evil motherfuckeritis.

Comments Off on Shorter Adm. Mullen

“I urge you and Admiral Mullen to modify the review and the survey instrument, or to conduct supplemental surveys, aimed at ensuring that the question of whether the DADT policy should be changed is answered.”

To which SoD Robert Gates replied:

Dear Sen. Crash & Burn,
I am not surprised you aren’t aware of how the military works. The only reason you got to ditch jets into the Gulf of Tonkin was because you rode through Annapolis on your daddy and granddaddy’s coat-tails. But since you missed the memo, allow me to remind you: The U.S. military is not a democracy. We do not vote on shit. Now get the hell out of my face, I’ve got a job to do.

“I do not believe that military policy decisions — on this or any other subject — should be made through a referendum of Servicemembers.”

I’m sure it is just a coincidence, but a couple of weeks ago Tony Perkins complained that the survey was flawed because it didn’t ask whether DADT should be lifted. Gotta be a coincidence.

From the Department of Defense [via Joe. My. God]:

“The Department of Defense will of course obey the law, and the e-mail noted that, in the meantime, the department will abide by the terms in the court’s ruling, effective as of the time and date of the ruling,” he said.

I know there’s a long way to go and a lot of things could happen and I’ll be in a bad mood in about 24 hours because all of the shrieking from the fReichtards, but: 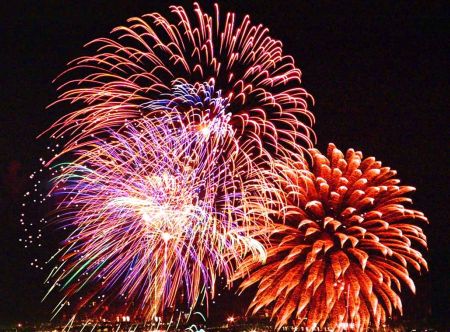 Filed under A break from the fail, Activist Judges, Military

Hero of the Day

Let’s hear it for Virginia Phillips!

U.S. District Judge Virginia Phillips on Thursday granted a request for an injunction halting the government’s “don’t ask, don’t tell” policy for gays in the military.

Phillips says the policy doesn’t help military readiness and instead has a “direct and deleterious effect” on the armed services.

In an ideal world … Well we wouldn’t have stupid fucking DADT in an ideal world. But in a slightly less than perfect world, the Administration would say “Sorry fReichtards, we tried but we don’t want to waste any more money on this,” and walk away. Stay tuned.

Comments Off on Hero of the Day